The exercises for calves make up, together with a programming optimal training, the fundamental tool to activate, stimulate these muscles so sought after by those who practice bodybuilding.

It seems difficult to achieve a development of ” big ” calves, as they are a district to which little attention and care are paid. In this article, find out which are the ideal exercises to build bigger calves in the gym, how to perform them in the best way and what differences in terms of muscle stimulation exist between the existing variants.

As always, let’s start from anatomy, the main source of decisive inputs for setting-up exercises in the gym. The calf is a muscle composed of three different muscles:

The variety of exercises proposed is thus limited to two execution modes that take this anatomical feature into account in the selective muscle stimulation of some items over others. Thus, two categories of exercises arise which, from an observational point of view, consist of a lift on the toes (plantar flexion) in two ways:

In both categories of exercises, the muscle works on only one joint, the ankle. This movement is one of the few advantageous levers of our body, in fact, even neophytes lift excellent loads without problems.

The position of the knee is very important: whether it is flexed (bent, as in sitting exercises) or extended (standing exercises). This changes the stimulation on the various muscles:

Calf Exercises at the Gym

It is important to clarify and shed light on that variant, often proposed as a legacy of past bodybuilding, which involves the execution of the calf with “feet rotated outward or inward”. This variant is meaningless:

In the latter case, the activation of the gastrocnemius does not vary , since it does not have a rotational component on the tibia because it is a single muscle womb that cannot be recruited separately. In addition, an attempt is made to “modify” the activation of a muscle that is disadvantaged in this mode.

The soleus , which is the main actor in these exercises, is monoarticular and does not undergo activation changes based on the rotation of the tibia with respect to the femur.

The same considerations apply to the pronation or supination variants of the foot . They can affect other muscles such as the posterior tibialis or the flexor of the fingers, but not the calf.

Calf Exercises With the Barbell And Multipower

As for the variants with a barbell for deficient calves, the most suitable, as well as more comfortable, are those with multipower. This is for 2 reasons :

RELATED:  How To Breathe Properly While Running

You can perform two types of exercises : 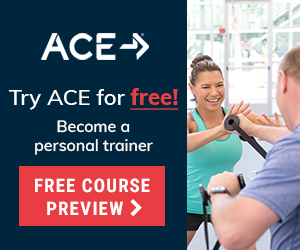 The use of a lift on which to rest the forefoot is fundamental, which must be of a height such as to be able to bring the muscles in sufficient lengthening (which depends on subjective mobility). A general indication is to at least try to get the heel lower than the forefoot feeling a ” stretch ” of the calf.

You can work in both bipedalism and monopodial support; the bipedalism variant is recommended as it is time-efficient and less prone to balance difficulties.

If you did not provide a multipower, the advice is to avoid variations with rocker preferring rather variants with the handlebar in support monopodial.

If dumbbells are used, also in this case it is possible to perform both variants with extended knee standing, and with a flexed knee while seated. In this type of exercise, in both variants, the use of a rise is essential to achieve a sufficient degree of elongation during the descent.

You can perform two types of exercises :

In the latter case, working with one leg at a time (monopodial) is much more comfortable, as we can use the upper limb opposite the working leg to give us balance by leaning it on a fixed support.

The load in the monopodial variant is in the hand of the arm on the side of the working leg. It is not recommended to work in bipedalism with the dumbbells, as the balance and therefore the performance would be lost.

Isometric Exercises To Enlarge The Calves

You can contemplate variations in which we work in isometrics in the course of programming, but the advice is still to do most of the work on dynamic exercises. However, if done well, isometry can provide a stimulus to maintain muscle mass, to improve strength in the degrees of movement in which you train, as well as to increase muscle mass.

RELATED:  The Most Harmful Exercises In The Gym

You can use isometric exercises in different contexts, for example:

In the absence of overload, a rubber band can provide additional resistance to movement, much more comfortable its use in single-leg variants, as generally you are able to do fewer repetitions and the overload of the band proves to be an effective overload in subjects. not very strong.

You can also use the elastic as a progressive resistance in different machinery or multipower positioning is tied to the weight stack or the barbell to ensure that the resistance increases during the ascent (concentric) and during the first phases of the descent (eccentric).

The seated variants can be performed in two ways:

It is possible to perform these exercises even seated, for example with a horizontal or 45 ° press if the platform allows suitable forefoot support. You may be wondering which ones are better, but it is a subjective question, even if there are ” guidelines “:

Workout To Build Calves In The Gym And Gain Mass

How many reps to do?

The serial number should be chosen based on the starting point of the subject. Referring to the effective volume threshold, therefore which allows for muscle growth, we could provide a general guideline (which remains such and does not claim to work for everyone).

A minimum of about 8-10 weekly training series, up to reach a maximum threshold of 20-25 training series and beyond, in the case of very advanced subjects who train the calves with frequencies between 3 and 4+ times per week.

The training frequency which is linked to the volume should also be evaluated. The advice is to include calf work in at least 2 weekly sessions. Distribute the volume, in the case of a number of sets greater than 8, mainly on the knee extended work, but with a portion of it with the knee bent. This is because the soleus is smaller and deeper than the gastrocnemius.

RELATED:  How To Do Dips

If you have never trained your calves before, start with 8-9 sets per week spread over 2 training sessions, divide half into movements with the leg extended and half with the knee bent, and see how you respond.

Give yourself a time of at least 4-5 weeks, if you recover and your training parameters improve, as well as the circumference of your calves, you can choose whether to increase the number of sets or stay in this range until the first stalls.

How many times to train the calves?

The training frequency is more or less directly linked to the volume parameter: the more sets we want to perform on a weekly level, the more likely you are to better distribute them over several weekly sessions.

The calves are a muscle that generally recovers quite quickly, the advice is to start with 2 weekly sessions if you have never trained the calves, vice versa if you already perform a good volume distributed in the week, evaluate how you are responding, and try to understand if the volume is effective and well-tolerated.

The main points to focus on could be the following:

What loads and intensities to use?

We can use a range of intensity that goes from 8 to 30 repetitions, but making some considerations:

Let’s now look at two examples, a beginner subject, and an advanced subject.

In conclusion, the calves are a district not to be neglected or left “on the sidelines” of one’s training, but on the contrary to the muscles to which the right attention must be paid, by customizing the working parameters.

Neglecting this district for years will imply a greater disproportion that will require hard work in the following years, to equalize the aesthetic symmetry and balance of the lower limbs.

Certainly, there is a genetic component regarding both the margin for progress and the aesthetic impact (shape, size), but many times the problem is the lack of training; Regardless of genetics, training your calves will certainly lead to a greater improvement than not training them and shouldn’t be an excuse to neglect them.