For the training of the lower body in the gym, one cannot but think of the leg press. Although it may seem like a trivial exercise, often present in bodybuilding cards, to train the muscles involved properly requires correct execution and certain precautions.

The leg press is generally considered a complementary exercise to the squat and more accessible as it requires less technical skill.

Depending on the press, whether horizontal or 45 °, you will have different muscles involved. In the case of the horizontal one, the movement is more dependent on the knee and, therefore, the stimulation of the quadriceps is greater. Conversely, in the leg press with a 45 ° bench press, when the extension of the hip is greater than that of the knee and there is less involvement of the quadriceps.

Starting from sitting with your feet well supported on the platform, the exercise involves bending your legs as far as your mobility allows and pushing away from the platform to the starting position, returning to full extension of the hip and knee.

The feet can be positioned at different heights on the platform according to the emphasis you want to give to the muscles. The support must be totally adherent to the plate during the execution, the heels must not come off. The toes are turned slightly outward unless you keep them very close together, in which case they can be kept parallel.

The height you keep your feet at effects muscle involvement. High feet involve less motion on the knee and more motion on the hip, resulting in more but incomplete hamstring and glute work. The low standing or in an intermediate position on the floor stimulates more the quadriceps because there is a greater movement of the knee.

Similarly, the width of the feet is also to be considered:

The back during the movement maintains its physiological curves in order to decrease the contraction of the back muscles and the lumbar stress.

RELATED:  The Most Harmful Exercises In The Gym

You must not have the sacrum detached from the pillow, a situation that occurs especially when the subject is not very mobile at the hamstring level when it goes very low. In these people, it may make sense to keep the feet slightly lower on the platform

Muscles Involved In The Leg Press

The press provides an almost complete stimulation to the lower limbs, involving:

There may also be the variable intervention of the adductor muscles based on the positioning of the feet. 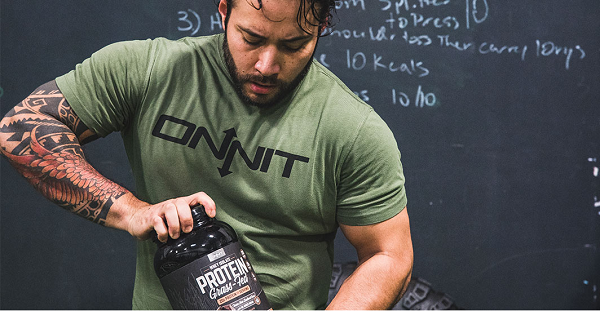 The volume you are going to perform depends on how many total sets you perform on that district and how much volume you want to perform in particular on the press rather than on the other exercises. The advice for traditional or straight sets is at least 3 series in the single workout, plus the series of approaching the load.

The frequency derives partially from the volume: the more weekly series you perform the more likely you will be performing by distributing that volume over several sessions, but how many? It depends on how you recover and how many times you train. In general, twice a week are well tolerated by almost all subjects.

The load you use will be a consequence of the number of repetitions performed and the intensity of effort, time under tension chosen, range of motion, etc …

The press lends itself well to the most varied jobs, indicatively from 5-6 repetitions up to 30 repetitions. You can perform various intensity techniques with more versatility than a free squat.

A general indication is to avoid intensity techniques and work> 10 repetitions in novice and beginner subjects in this exercise, because the more the duration of the single series increases, the more generally the subject will stop for “local burning” rather than muscle fatigue. real, ending up undertraining.

The leg press is an exercise that allows you to work with excellent loads even when performed in a single stance version, however not recommended for novices or beginners. In advanced subjects, it might make sense in case of asymmetries between the lower limbs.

The leg press can be performed on the side, a variant usually used to place greater emphasis on the buttocks and hamstrings. The problem is that the basic movement of the hip in extension is incomplete, resulting in ineffective stimulation at the level of these muscles.

In the absence of overloads, in the free body, you can use a rubber band with good resistance simulating a leg press by lying on the ground supine and working on medium-high rep range with failure, even in the monopodial version.

As an alternative to the leg press you can perform:

Leg Press And Injuries: How To Prevent Them And What To Do?

If you have knee discomfort, the advice is:

In case of a hernia with lumbar pain, it makes sense to limit exercises in a sitting position, therefore also the press, especially if with high loads. This does not mean not doing it: you can do it avoiding very low rep ranges (5-6 reps) by favoring higher rep ranges (8-12).

A very important precaution is to maintain the physiological curves of the back during the movement: often being seated the subject unconsciously relaxes because he feels safe. Also, avoid going too low in the descent phase, but stop at the point where you can maintain the curves of the spine.

The advice is not to improvise and collaborate with professionals if you are a personal trainer or a trainer. For the athlete, it is important in case of problems to always be evaluated by a figure such as a physiotherapist.

Benefits Of The Leg Press

Furthermore, it allows you to load very safely: even if you fail a repetition, the platform or the seat (depending on the type of press) are not at a height such as to cause the subject to remain “crushed”. In some machines, you can even select the range of motion.

The leg press eliminates the limiting component of the back: often in the squat the legs could continue the series, but is weak in the back (paravertebral, great dorsal, etc …) the subject stops.

Finally, it allows you to easily perform a series of many repetitions or intensity techniques, which are hardly suitable for a free squat.

Is The Press Really Safer Than The Squat?

It is not correct to think that the leg press is a safe and risk-free tool, while the squat is “dangerous”. Since the press is an exercise that involves large muscle chains and multiple joints (knees, hips, ankles, spine), when you approach it, it uses the same precautions that you would use with other free multi-joint exercises.

The fact that the tool is guided and the back is constrained is just an illusion of greater safety at the lumbar level: indeed, this sensation will turn into a relaxation of the spinal erectors during squatting (the “active tie rods” that protect the articulation) and in a greater load on the column itself.

The more you exceed with the flexion of the lower limbs, the more you go towards a retroversion of the pelvis, up to a straightening of the lumbar spine with greater joint risk.